Fafali Partners With Phocus Soccer To Enhance Soccer Development in Ghana and Africa. 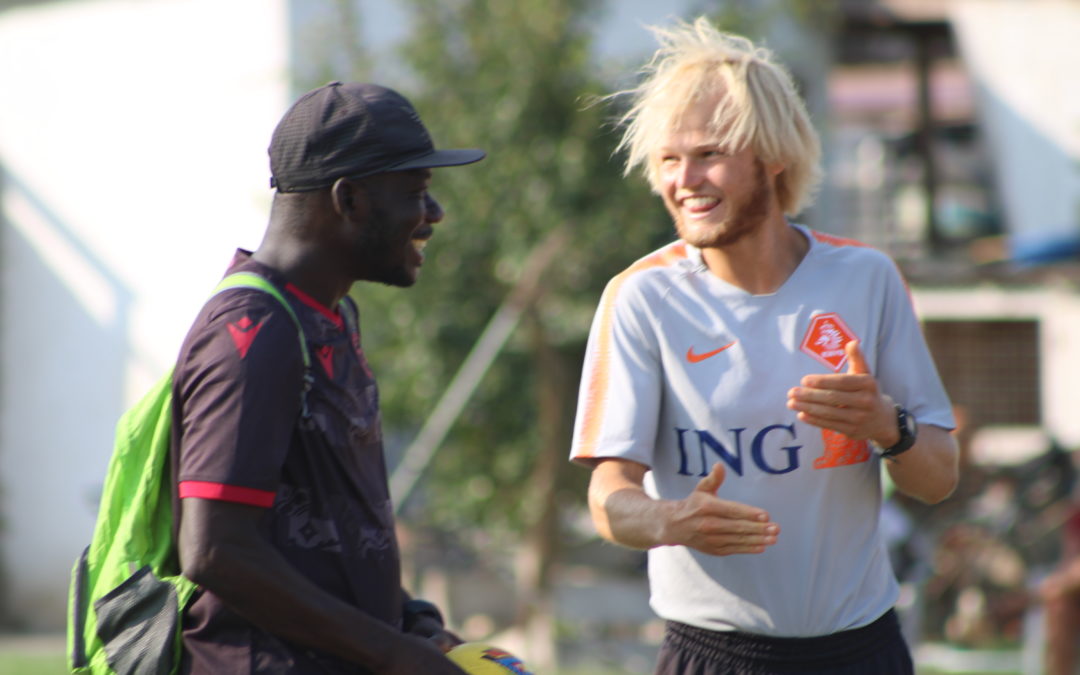 Throughout the month of August of 2021, the Fafali organization organized the Coach the Coaches Course in partnership with Phocus Soccer, an organization made up of UEFA licensed coaches with a common goal of uplifting the game of soccer through coaching, scouting, recruiting, networking and philanthropy.

The goal of this partnership is to initiate the step to curb the football coaching problems in Ghana and the rest of Africa. Also, is to grow the game of soccer among the youth with a special concentration on the girl child to promote the healthy living and wellbeing of children.

Of course, sweeping generalizations are dangerous, but in Ghana the soccer coaches who are supposed to train the children the basics of football themselves do not understand the game.

As a result, the players at the very young age are not equipped with basic technique and tactics and modern trends of the game as is done for their counterparts in other countries. The coaching academy in Ghana is not fantastic, of course you have a couple of good coaches but you have quite a number of coaches who are working on talented players who don’t understand the game.

In attendance were 70 coaches from six regions of Ghana and other parts of Africa (i.e., Liberia, South Africa, Togo, Benin, Nigeria etc.). Coach the Coaches Course was a one-month event that had three batches of coaches coming for a week from the 2nd of August to the end of the month. The participants were taken through a one-week intensive training which involved both theory and most importantly, practical.

During the same period, there were ongoing soccer clinics for over 700 children in two regions and the purpose of the clinic was to help kids build valuable life skills, such as hard work, decision-making, problem-solving, and communication. Through healthy competition organized during these clinics, we also teach the importance of teamwork and cooperation, balanced by good sportsmanship.

It is no surprise that participants are calling for the course to become a yearly event as they have acquired requisite knowledge of the game to guide them in their subsequent endeavors.

Click here to watch theoretical and practical lessons of the Coach the Coaches Course.