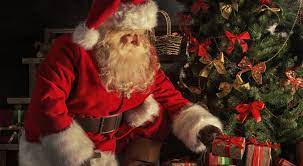 Growing up in a small village in Ghana, Christmas was the only day I will have the chance to drink full bottle of Pepsi or Coke. On that very day my sister and I will wear the best clothes and travel to my uncle’s house for a visit. We visit my uncle because his wife cooks on that day and that’s the only day I will get to eat a full chicken wing or chicken leg but never the thigh.

The chicken thigh is reserved for the head of the family which is my uncle in this situation. On any ordinary day a chicken wing would have been shared among four of us. I also get the chance to drink a full bottle of soft drink or mineral or soda. As children we will drink a bottle of Coke or Pepsi and my uncle or the adults will drink Malt.

If it were up to me Christmas day should be called “Protein Day” in Africa or “Soda Day” because that’s the day many children in the motherland will taste full chicken wings or chicken leg. Those chickens were as skinny as possible, I sometimes think they are dehydrated. The situation today has changed a lot in my community that I grew up in but it’s still the same for many children living in the motherland. As much as I am happy to see the condition improve in my community, I wish the educational infrastructure has improved as well but that’s not the case.

Father Christmas as we call it normally is considered to be synonymous with the US and international figure of Santa Claus, he was originally part of an unrelated and much older English folkloric tradition. We are not going to dig into the difference between Santa Claus and Father Christmas since it’s ended up being the same thing in this modern day. First of all, Santa Claus is known in Ghana as “Father Christmas, the name Father Christmas came from England and since we were colonized by the British we therefore prefer Father Christmas.

Well it happened that I migrated to the USA and started hearing Santa Claus which with an accent I thought was “Satan Cross” so I wasn’t a fan of “Satan Cross” for a long time and I dare not asked anybody because then my ignorant self will come out. Don’t ask why I didn’t google it because google wasn’t popular then and even if it was, I wouldn’t know because I wasn’t that familiar with the internet when I moved to America.

I later did my research and found out who Santa Claus aka Saint Nicholas, Saint Nick, Kris Kringle are all the same as Father Christmas. Though Father Christmas was very popular name and still popular name in Africa, he has never visited children in Africa and that’s very wicked of him because he could have spread the joy he brings to children in Europe and in America to Africa. I have seen children open gifts in America and the amount of happiness Santa brings to them is very tremendous.

On a continent prong with wars, poverty, greed and selfishness, where children are neglected, Santa or Father Christmas would have been the perfect sunshine for these children but he refused to show up but I think if he was a woman he would have showed up out of compassion and that brings to my question why we don’t have “Mother Christmas” or Santa Chloe”   Here are the reasons given to why Father Christmas don’t show up or have never travel to Africa.

Santa is a Man

If Santa was a woman, she would have cared for the African children.

Santa only travels in cold weathers, the snow and the cool temperature is what keeps his wagon going by those John Deeres but as we all know the weather in Africa doesn’t permit that. The countries which will be cold in the winter and would have been a perfect fit for Santa during the month of December are Muslim countries in Africa and he better not go there.

Since the countries where Santa can visit in Africa don’t have cold weather enough to have Schemes on their buildings, it will be impossible for Father Christmas to make it into the homes even if he tried and made it to Africa. Maybe I should propose Scheme to Africans, this will get us a step closer to convincing Father Christmas to change his mind.

Imagine Santa has a problem with his wagon and was trying to fix it in the jungle or maybe made it to the house and couldn’t make it into the house and there is a lion waiting for him. Those John Deeres would make a palatable meat for the lions. Santa will not risk his chances to satisfying Africa children and miss out on the rest of United State of America, because per our time zones he would have to be in Africa first before making it to America. Imagine America Christmas without a Santa all because of African children; I wonder what sanction the government of the USA will impose on Africa.

The amount of letters that children write from America and Europe alone in a year to Santa exceeds the number of books the whole continent of Africa has published in its existence. Since Africa is on the miscellaneous list, by the time Santa is done reading the letters from America alone he is gasping for air. Apart from taking the school bus or riding with their parent to school, sitting in a climate control classrooms, eating half a chicken in a day, they never consider their friends in the motherland. Parents in America and Europe need to address this issue with their spoilt brats.

Well since you now know the story behind why Santa never goes to Africa, make sure you remember the poor child that is sitting somewhere in Africa thinking about what to eat on this very day which is supposed to celebrate the birth of Christ. Cast your bread upon the waters.